The Open School for Arabic and Islamic Studies (OSAIS) was established in 1414 H (1994) by Professor Sheikh Awadalla Youssef, with the assistance of prominent UK based ‘Ulemah (scholars). The School’s base is in Old Trafford, Manchester but there are Student Teachers [ST’s] and students Alhamdulillah in many cities across the UK and abroad.

The School wishes to see the students adopt the noble Sunnat of Rasool Allaah (Salallahu Alayhi Wasalam), and take from Tarteeb As Sahabah R (the methodology of the Companions)  as well as the first three, and best, generations (Sabeel Khayr Al-Quroon).

On fulfilling course requirements, students are encouraged to not only convey what they have been taught from classical texts, but also safeguard and adopt the same manner of teaching. Hence, students initially ‘learn to teach’ and then ‘teach to learn’.

The OSAIS syllabus, includes the text and methods,  based on that of Al-Azhar Institute, Egypt (Thanawi Al-‘Amma). 'Ilm Al-Tajweed is the first course that students are encouraged to enrol onto, and is the precondition for access to other subjects.  Students registered with a Student Teacher in the Foundation Tajweed Level, will be able to further study of Islamic subjects including Tajweed, ‘Aqeedat, Fiqh, Seerat, Hadeeth, Tafseer Al Qur’aan, Hayaat As Sahaabah (R) and Principles of Research in Islaam to name a few.

The School is open to all adult seekers of knowledge, regardless of gender; indeed half its student intake is female and rest assured that rules of Hijaab are observed.

Teaching was initially conducted through distance learning by way of part-time correspondence courses for seekers of knowledge. It attracted students from not only across Europe and America, but also Syria, Egypt and parts of Asia. Teaching is now classroom based and takes place at The School’s base in Manchester as well across home Madrassats of The School’s Student Teachers. However with conditions and upon request, there are facilities for online studying also.

There are also ‘Day study’ programmes, as well as Student-Teacher led courses. 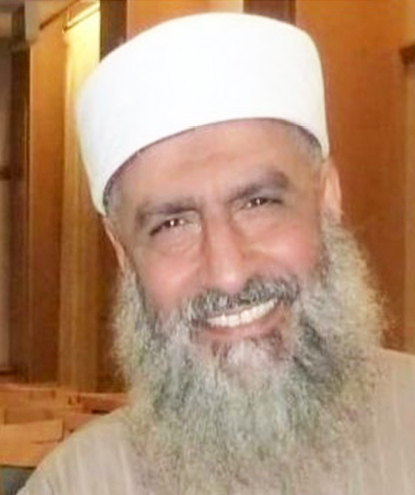 Professor Sheikh Awadalla Youssef, who was born in Egypt and studied much of his early life there, upon receiving ijaazat has been teaching Tilaawat al-Qur’aan since sixteen years of age. He later obtained a licence from al-Qira’at Institute, Al-Azhar. Sheikh has also studied under many illustrious scholars around the world and received ijaazat in various Islamic sciences. Although taking the understanding of the Shafiy Mathab, Sheikh also teaches Fiqh of other Mathahib. He has taught in a number of capacities in Egypt, Yemen, Saudi Arabia, Jordan and most recently the UK.

As well as a PhD in Islamic Studies, Sheikh has also completed an MA in Management in Education and an MA in Religious Education. Sheikh is involved in presenting the Khutbah for Salat Al-Jumu’ah in universities as well as engaging in ongoing consultation with UK based scholars, MP’s, Local Councillor’s. Sheikh is also  active in Multi-Faith dialogues.